This article explains how to nest several protocol steps, such that several actions can be executed simultaneously.

Several actions that can be implemented consist of two sub-steps: a start and an end. This offers the possibility to execute several protocol steps simultaneously: while one or more “passive” actions are taking place, “active” liquid handling steps can be executed at the same time. The actions currently implemented in OneLab with nesting capabilities are:

The nesting option allows the user to perform certain actions while waiting for another step to finish. By converting the start and end steps of the two-sub-step-action to actual user actions, confirmation is required by the operator in certain cases to further proceed during the execution of the protocol, unless you are using the Device+ fully integrated features.

The nesting of identical actions requires the availability of several devices of the same kind in your lab, but they do not all have to be integrated like a Device. OneLab will automatically assign actions to connected devices first, so if for example one Device+ and two stand-alone Vortexers are available, the first vortexing action will be assigned to the Device+, while the other nested vortexing actions are assigned to stand-alone centrifuges.

The start and end sub-steps of the action are connected with a vertical line on the Steps tab on the right side of your screen. When selecting the start step, this part is highlighted by a colourful rectangle around the description. The vertical line, connecting start and end sub-step is highlighted in the same colour. You can also select the end step, which will be highlighted by a colourful rectangle. In this case, the start sub-step is not highlighted anymore, but the vertical connecting line still is. A maximum of five nested steps is possible. After that, the “Actions” menu, has deactivated items, as shown in the following figure: 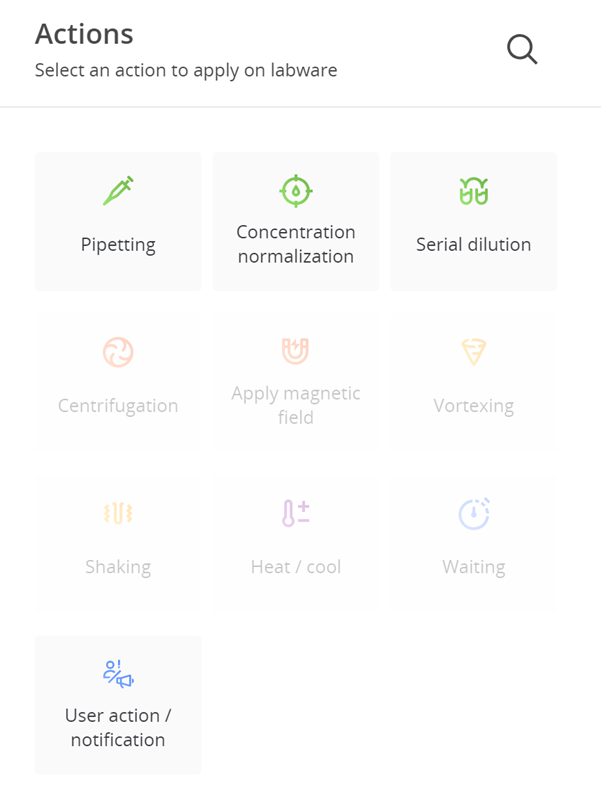 In the example discussed here, we start with a centrifugation step of a centrifuge tube that is filled with “reagent at start”. 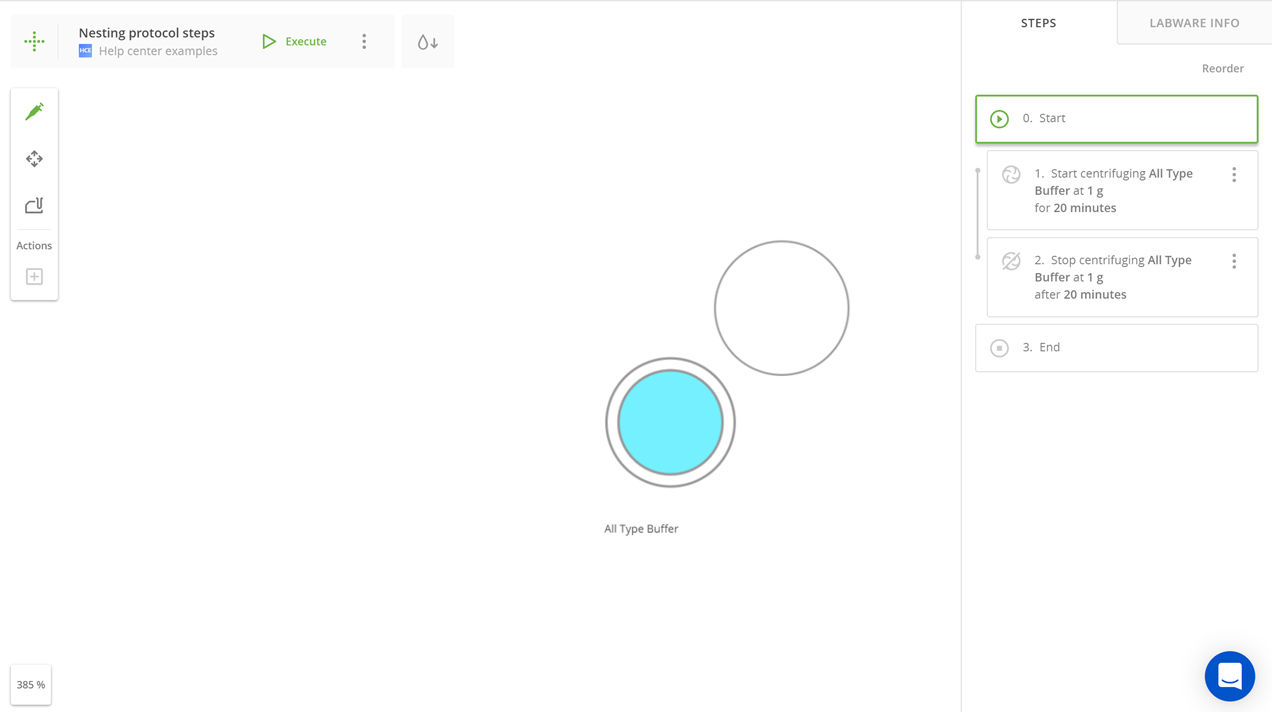 In the list of protocol steps on the Steps tab, step zero is always the Protocol Start, here highlighted (green rectangle). Whenever a protocol step is added via the menu on the left, it will be added below whichever step is highlighted. You can highlight the first step of a multi-step action to nest the new action. Below three examples are indicated, where an “Apply magnetic field” action is added to the existing centrifugation step: 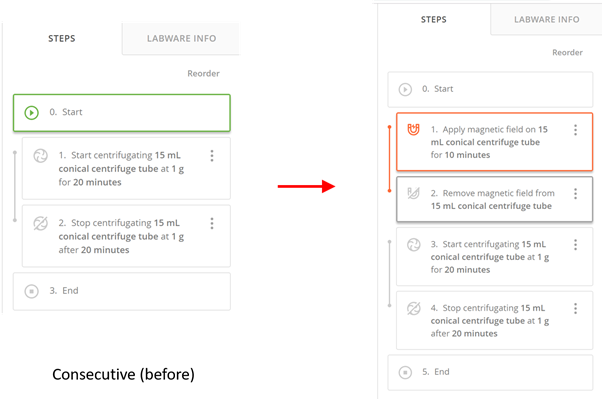 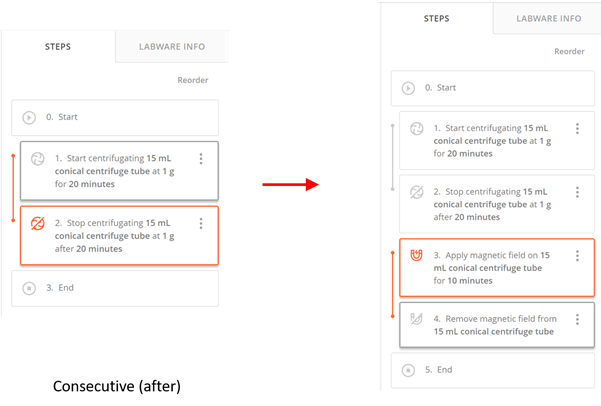 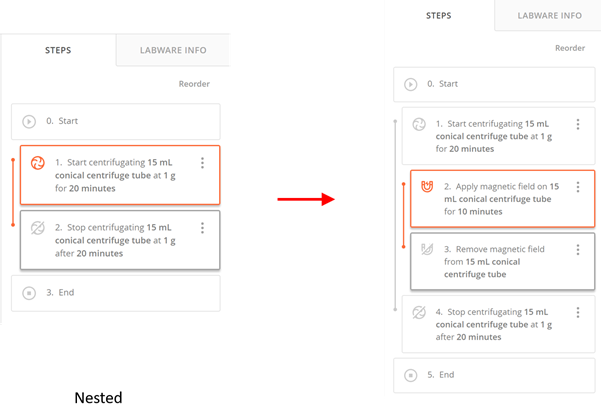 Adding more nested actions can lead to complex protocols, having several actions taking place at the same time. Below an example combination of all actions that show this behaviour is made, where consecutive and simultaneous actions are both present:

Note that nesting should be done if the outer most actions take longer that the actions defined in between. Also, applying different actions on the same labware is not recommended, although it is not restricted by the software.

Finally, if actions are performed that take a certain amount of time and the labware are open to the air, evaporation should be taken into consideration.

In the figure above, the 5 vertical lines on the left connect start and end (respectively from left to right) of “centrifugation”, “apply magnetic field”, “vortexing”, “shaking” and the consecutively at the fifth level: “waiting” and “set temperature” with a last single “notification” action nested there.

Each of the actions allowing for nesting, have a specific symbol/icon that is present at the start/end step in the list of protocol steps and the labware that is involved. If the step is not selected, the symbols in the list are grey, like in the figure above.