This article describes how to add a step to your protocol where a vortex is generated in your sample.

Besides single pipetting actions and the more complex concentration normalization/serial dilution actions, OneLab allows you to implement other types of actions as well. One of these other actions is vortexing, recognizable by the following icons, indicating the start and end of this action in the list of protocol steps and the labware that is involved respectively.

To perform this action, a vortexing device is required. This can be either a standalone device or a Device+ (a connected Device that is controlled via OneLab). These two different situations lead to slightly different ways of executing the protocol, depending also on how (manually, semi-automatically or automatically) the protocol is executed (see the collection “Executing your OneLab protocols”). 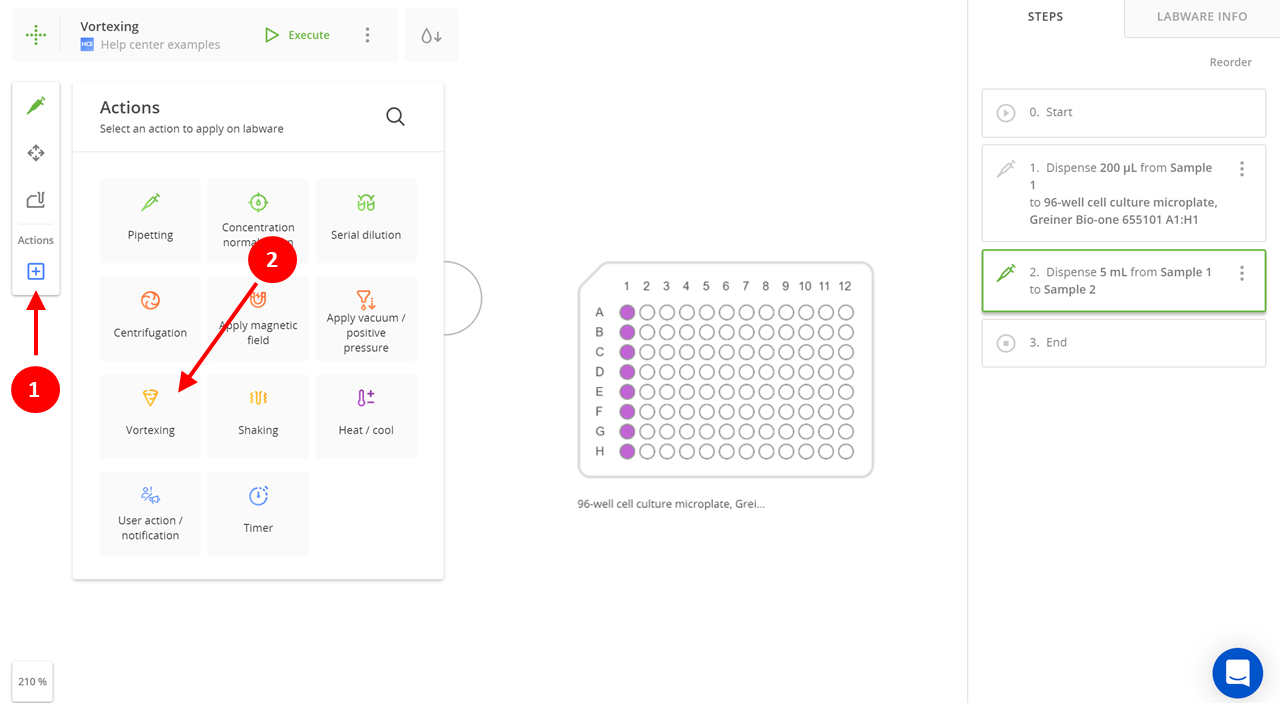 The “Vortexing” menu will appear: 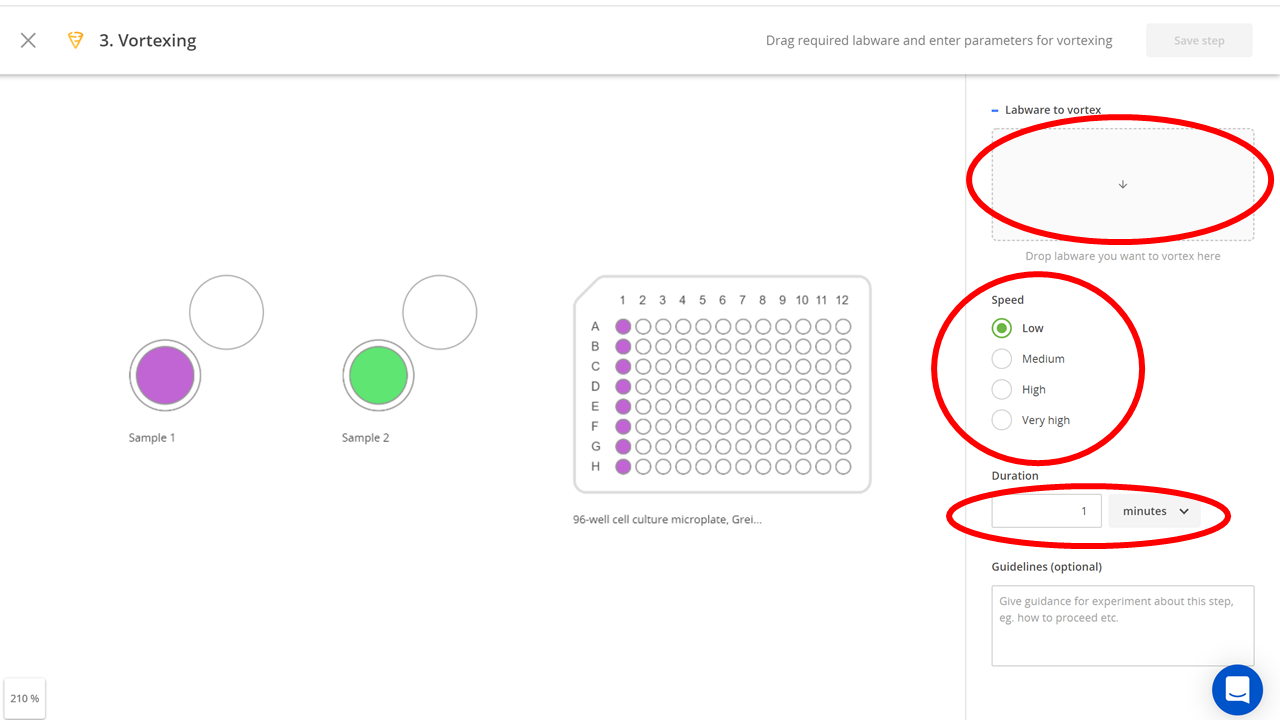 You will have to drag and drop the desired labware to the top right field, shown in the figure above. This labware will need to be present in the vortexer during the execution of the experiment or moved by you during the experiment. Just above this field you can see a small colorful line in front of the text “Labware to vortex”. Especially when tubes are used, which are typically held in a rack, the complete rack with ALL tubes will be put in the corresponding device. In the “Vortexing” menu, you will need to drag and drop ALL tubes to the top right field. All labware that was dragged and dropped to this field, will be highlighted with a small colorful line close from the name on the virtual bench, as indicated in the following figure: 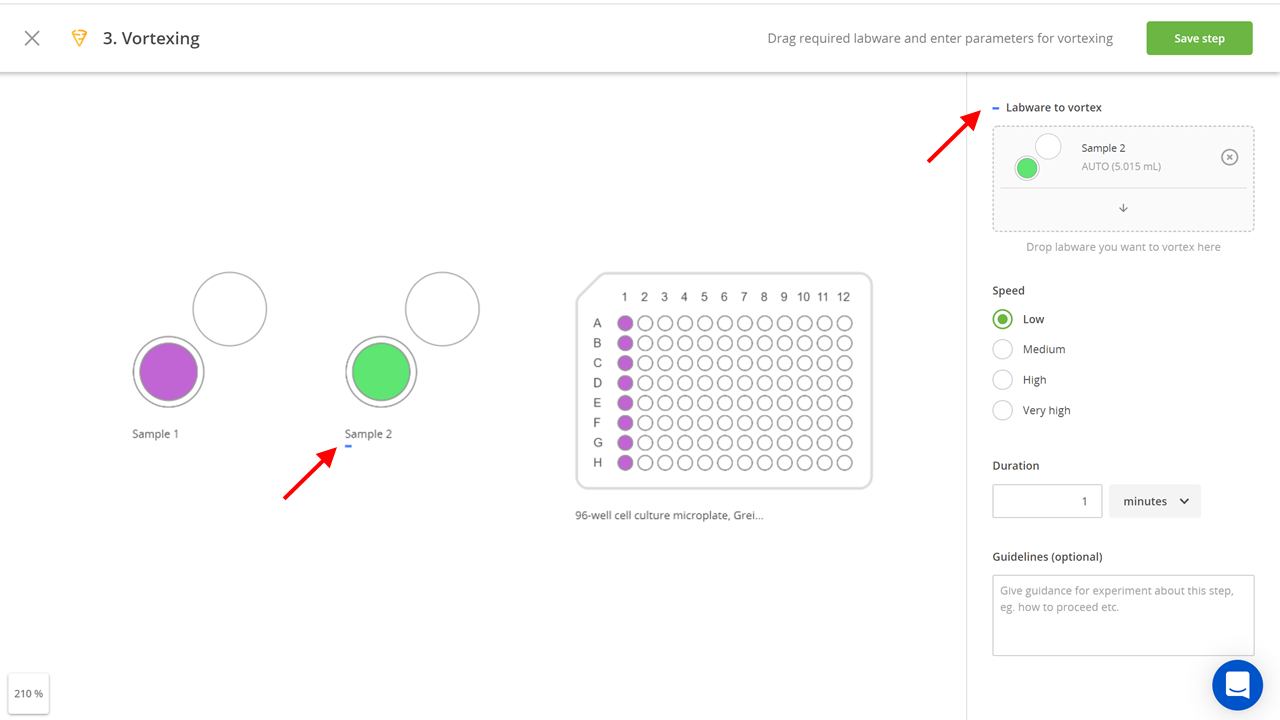 This is where the difference in execution plays an important role. You can set the "speed (low, medium, high and very high)" and the "duration".

The vortexing action consists of two sub-steps: a start and an end. This allows you to, during the vortexing of one labware, implement additional actions with your other labware. These can be pipetting actions, user actions, notifications etc.( See the article “Nesting protocol steps” for more details). The two sub-steps allow the software to customize the required actions according to the execution (not during the protocol design phase, but in the background during the execution phase, see the article “How to execute your protocol”): fully automatic, semi-automatic or manual execution. By converting the start and end steps of the vortexing to actual user actions, confirmation is required by the operator to further proceed the protocol. 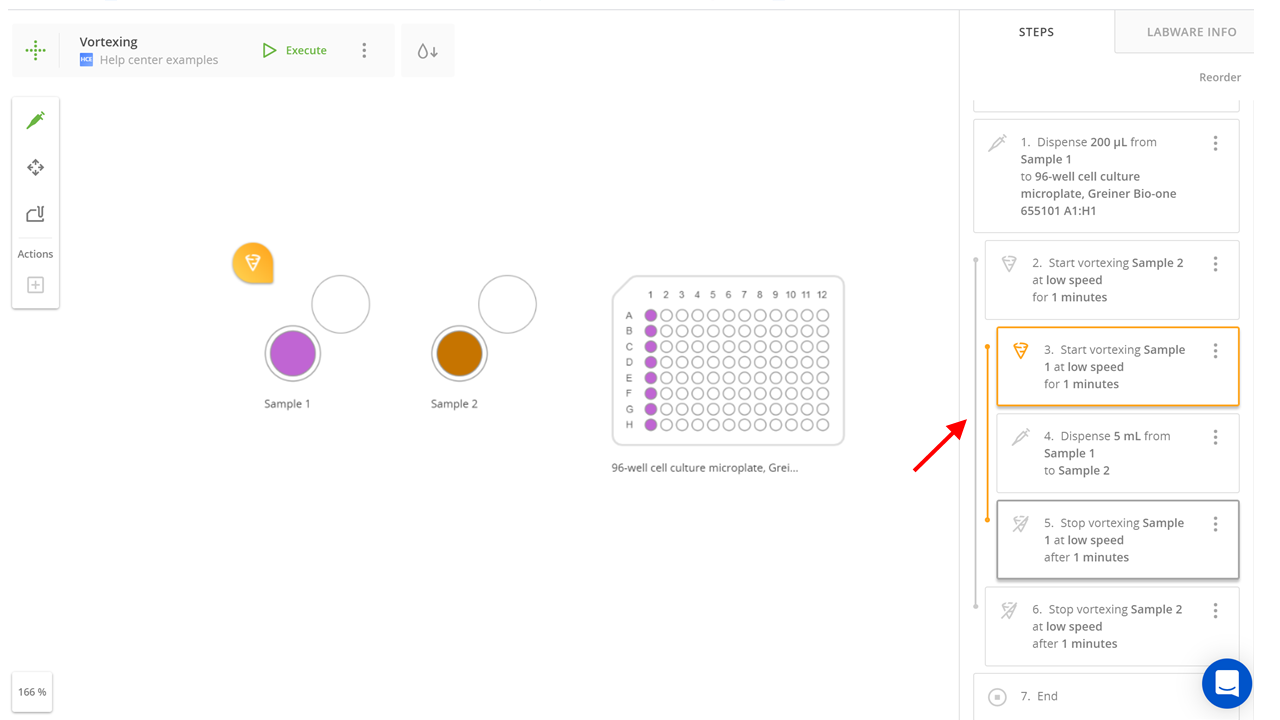 The nesting of two simultaneous vortexing actions is shown on the right-hand-side of the figure above. This does however imply that two vortexers are required to be present in the lab. OneLab will automatically assign actions to connected devices first, so if for example a OneLab connected device is available and another stand-alone vortexer, the first vortexing action will be assigned to the OneLab device, while the other nested vortexing action is assigned to the stand-alone vortexer. 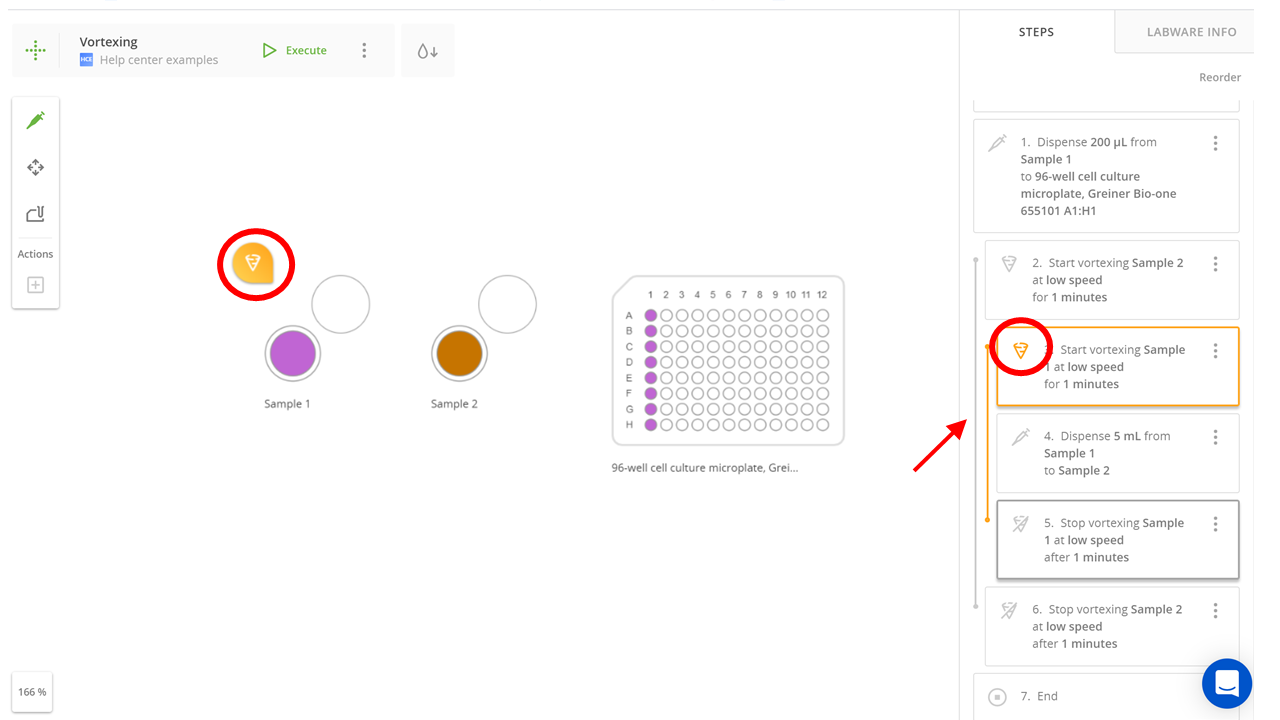 Depending on the availability of connected devices in your lab, you will have the choice to execute the protocol either manually, semi-automatic (with Pipette+) or fully automatic (with Andrew+). As mentioned above, the vortexer can be either a Device+ (a device connected and operated via OneLab) or standalone.